Road cycling is the most widespread form of cycling and one of the most popular sports in public. This type of cycling takes place primarily on roads, asphalt or concrete surfaces. It is about recreational ride, road cycling as a sport (race) and using a bike for transportation routes. Road cyclists generally follow the same rules and laws as well as the other drivers involved in traffic.

Bjelasica is for many the most beautiful mountain of Montenegro. Bjelasica, unlike other mountains in the region, is of volcanic origin. From there the summers on mountain are green, and winters white. Bjelasica is attractive for hiking, mountain biking, jeep tours, and for the lovers of botany especially in the spring months, Bjelasica is covered with a floral blanket. Komovi, together with Durmitor and Bjelasica are most impressive massifs of the Dinaric mountain system. Diverse and unique flora and fauna, numerous clear mountain springs and rivers, numerous cultural monuments, churches and monasteries, as well as the warmth of the people who live at the foot of Bjelasica cannot leave you indifferent. 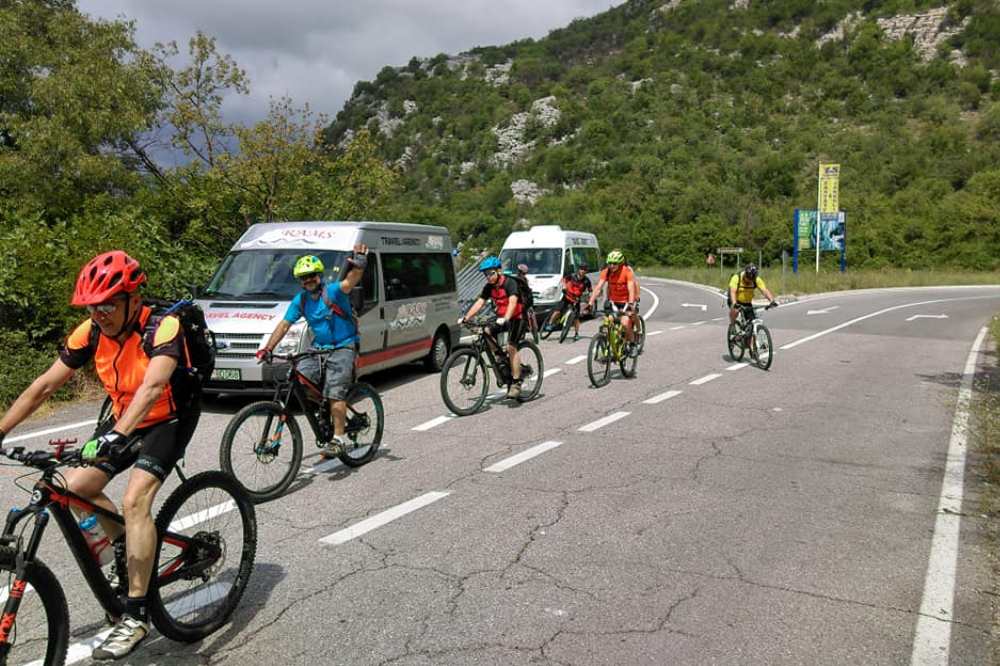 We depart from Kolasin, and following the path to Mateševo we ​​continue across Kranjska  Bara and enter gently in sujek between two imposing mountains- Bjelasica and Komovi. Shares to Trešnjevik is about 27km in length, ascending is around 880m. It is also the most difficult part. After ascending you deserve a break on Trešnjevik and refreshment in one of the village pubs.  From Trešnjevik to Andijevica we mainly descent for about 900m, then a slight rise of 100m. The total track length is 48km. We recommend night in Andrijevica.

This program is designed for lovers of cycling. The tour is available from June to October.

SLOW FOOD TRAVEL MONTENEGRO- FIRST TOUR OF ITS KIND IN THE BALKANS!