Montenegro as a country with relatively small area, has numerous of natural attractions which will wake up all of your senses.

Let's start to explore it!

The river Ljestanica is located in the Vraneska valley. It is about 4800 meters long. It springs in the  upper Lijeska, flows through the village of Lijeska throughout its course, and flows into the river Ljubovidja.
The upper course of Ljestanica is extremely picturesque, from the very source of the river, which is popularly known as Head of Ljestanica. The walking trail goes to the spring, which offers a great view of several waterfalls and rapids. The terrain is accessible and especially suitable for visiting in the period from May to October. A few hundred meters from the source is one of the most beautiful but also the least known waterfalls in Montenegro, Skakala waterfall.
In terms of its attractiveness, the Skalala waterfall is reminiscent of the Gostilje waterfall on Zlatibor or the Lisine waterfall in eastern Serbia. 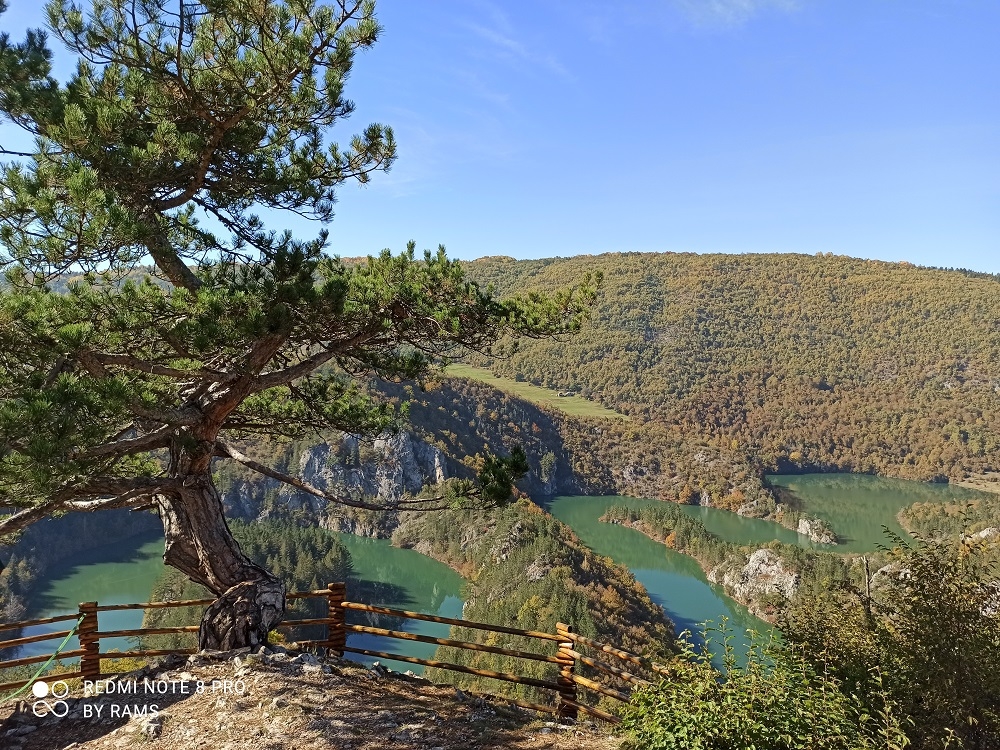 The river Cehotina flows in the northwestern part of Montenegro,  near Pljevlja and that part is known for its meanders. Some 20 km from Pljevlja is the village of Mataruge where there is a lookout for tourists that offers a fantastic view of the meanders.
The lookout is located on the artificial accumulation of the river Ćehotina. The artificial lake was created a little more than 30 years ago and was built for the needs of the Thermal Power Plant "Pljevlja". The crooked pine on the cliff itself gives a special charm to the whole view.  BOOK YOUR TOUR HERE 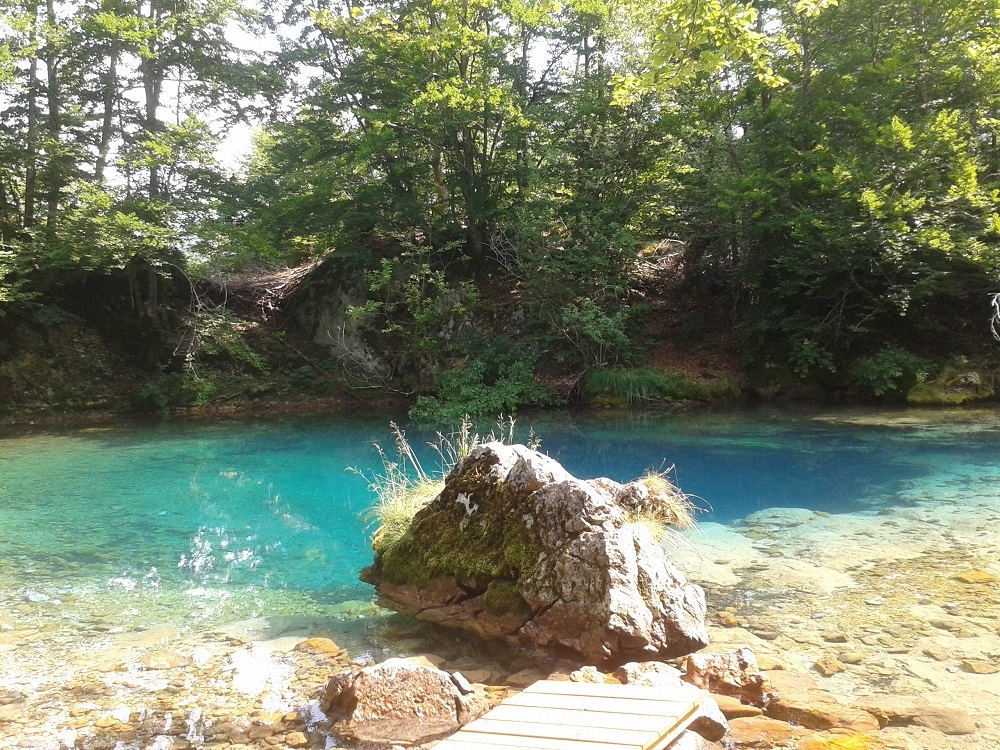 Located in Municipalty of Gusinje, near the village of Vusanje, karst spring Eye Skakavica springs at 1000 m above sea level. It has a circular shape. It is about 30 m long, 25 m wide and the width increases towards the middle and reaches 8 m, due to the crystal clear water, the bottom can be seen to the greatest depth. On the north and south sides, a 3-5 m high limestone rock rises above the spring. During warm summers, especially in August, the heat is completely reduced. The water recedes and rests, and there is no surface overflow, as in the winter months. 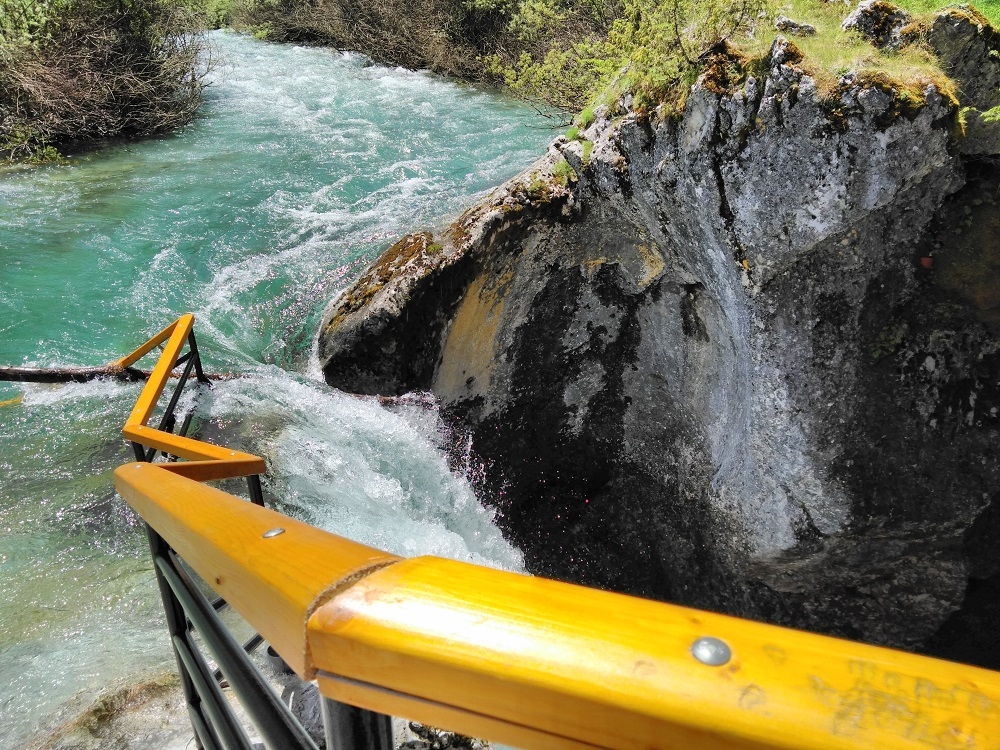 The river flows 2.5 km, then comes to a high limestone beam, which divides the valley. In it, the river Skakavica builds a 30 m waterfall - Grlja and sinks there. After 300 m of flow undergraound, Grlja appears in broad again and after merging with water from Alipaša's springs, it gets the name Vrulja and flows towards Gusinje. 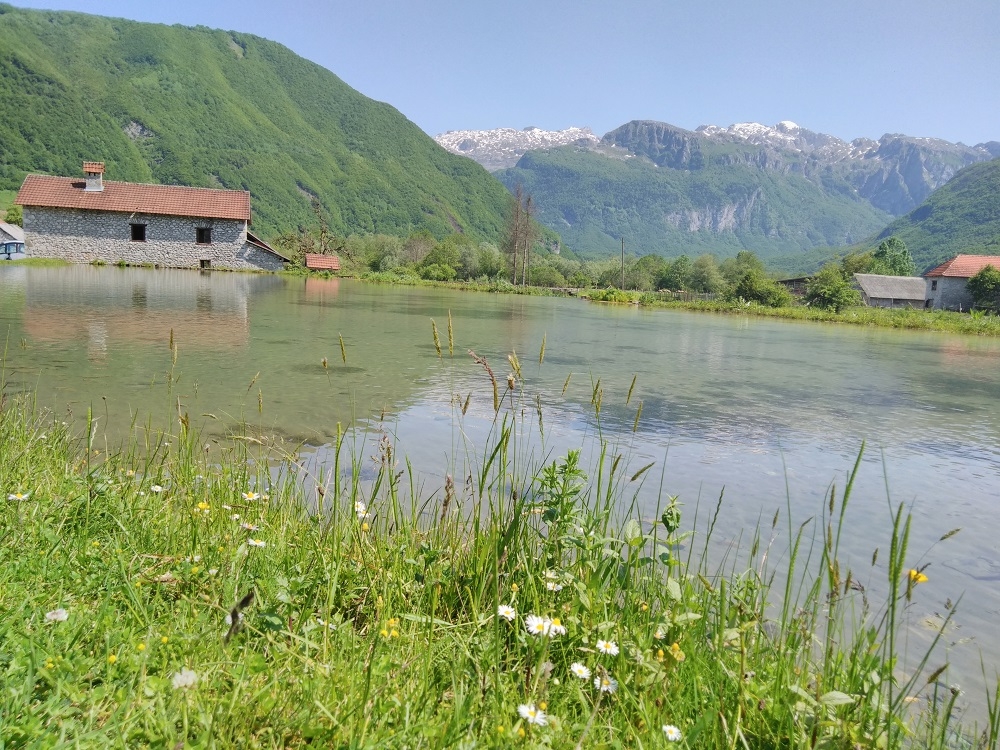 Ali-Pasha's springs is located at a distance of 1.5 km south of Gusinje. The springs erupt at the foot of Prokletije at 925m above sea level. The water erupts at a greater length (about 300m) from several places but strongly. During the dry summer months, the yield of Alipaša springs is about 3 m per second. In the spring it gives up to 3 times more water. The water first spreads widely and then flows towards the fast and sparkling Grlja, creating the river Vruja.  Ali-Pasha's springs is a gathering place for Gusinjaci from all over the world, as well as numerous tourists who visit these springs every year.

PEAKS OF THE BALKANS- 5 DAYS

Mrtvica Canyon is certainly one of the most beautiful canyons in the former Yugoslavia. Hidden at the foot of Mount Maganik, it is a real treasure of untouched nature. It is located 30 km from Kolasin, in the direction of Podgorica, in the village of Medjurecje.
The canyon is 8 km long and ends near the village of Velje Duboko. From Velja Duboko you can reach Captain's Lake, in the Moračka mountains. The most famous attractions in this canyon are Kapija zelja (Gate of wishes) and Mrtvicke grede. 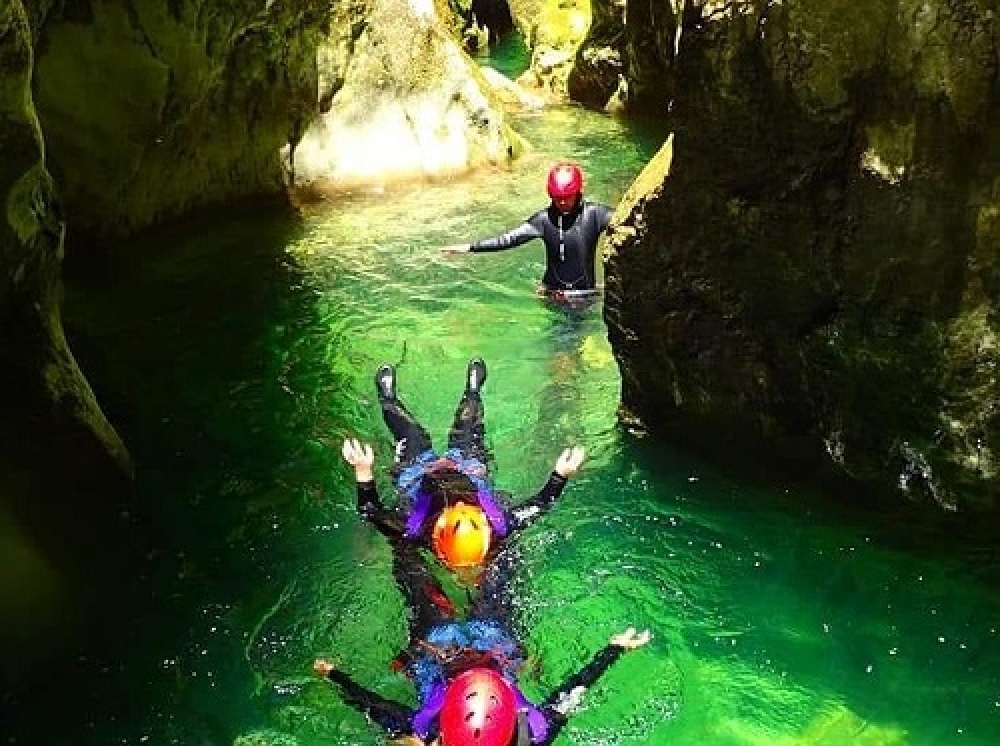 Nevidio Canyon is a canyon located in the central part of Montenegro. It is 55 km away from Niksic.
Nevidio Canyon is a part of the river Mala Komarnica which springs at the foot of the southern slopes of Durmitor, more precisely in the place Dobro Dol. It plunges between the peaks of Boljske grede (2091m above sea level) and Lojanika (2091m above sea level) to reappear in a gentle valley as a permanent river. Nevidio is about 2 km long. The entrance is located at 935 m and the exit at 810 m above sea level.
Abandoned and hidden in inaccessible terrain, it aroused attention and curiosity, but there were few organized attempts to meet and explore.
The first contact with Nevidia overshadows the indescribable beauty, unusual and strange to which man is not accustomed. Most of the canyon is in eternal shadow. Due to the vertical rocks, the sun's rays cannot reach the bottom. Steep and inaccessible rocks are ruled by harsh conditions for vegetation, so the canyon can be said to be a jewel of harsh nature, which is both heaven and hell. The width of the canyon in some places is less than one meter. Some parts are passed only with the help of mountaineering equipment.
Today, Nevidio Canyon finds its place in brochures as a unique tourist attraction. The unrepeatable beauty of the straits, cascades and sparkling beeches guarded by the Nevidio canyon is reason enough to visit this incredible jewel of Montenegro. However, although it does not require special physical fitness, passing through the canyon is not recommended without a guide.