Komovi Mountain is situated in the eastern Montenegro and stretches between the farthest upstream parts of the Lim River to the east and the Tara River on the west, to Drcka River to the north and Prokletije ranges to the south. From the south and east Komovi Mountain is encircled with a complex of Montenegrin – Albanian mountain range known as Prokletije – Accursed Mountains. 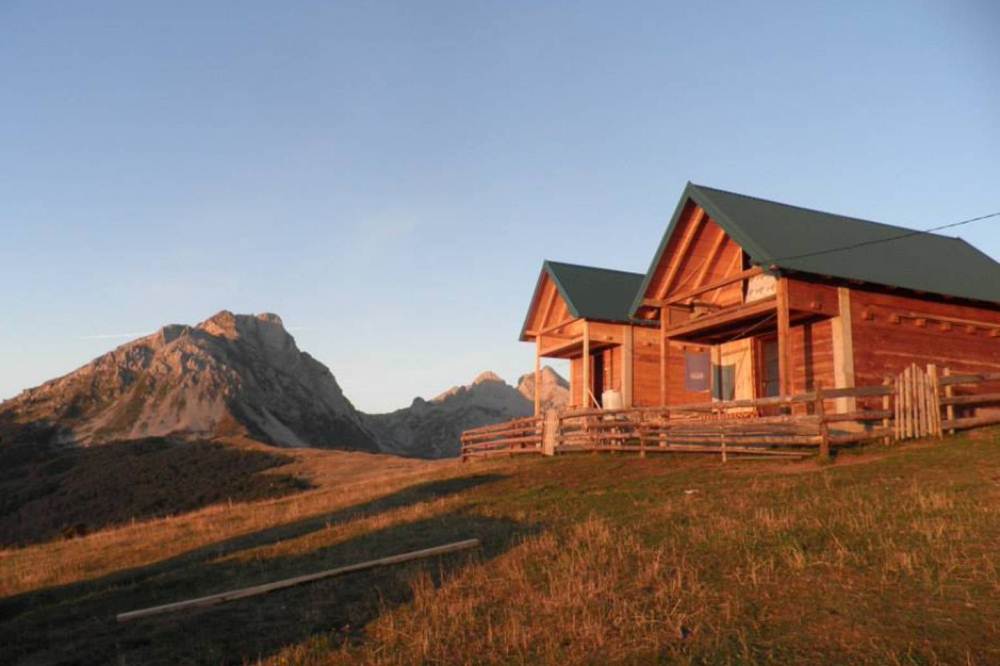 Miska is one of those people who have become a trademark of Komovi and is actually an unavoiable point visited by any guest. Altough he is primarily engaged in agriculture, which is his main source if income, Miksa is also offering tourist serives. He owns two log houses in Stavna with 16 beds, where individuals or groups of active holiday lovers may accomodate at affordable price. Miksla knows this mountain as the back of his hand and can help with planning your route, advices, or even be your guide.

While staying in Komovi you may also enjoy collecting the medicinal herbs which can be abundantly found in this area, or riding a bike. Miksa has a terrain vehicle and may also provide transport services if needed and can also rent you horses. His mother prepares delicious traditional mountain deshes and her food was rated by highest score by all of previous guests.